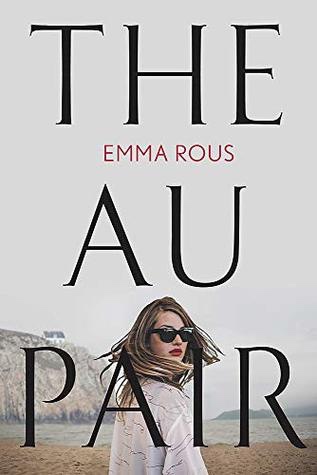 THE AU PAIRS: I could not put this book down! It’s one of my favorites this year. I enjoyed Emma Rous writing style, it’s descriptive and mysterious wanting you to continue reading. The story begins with siblings Edwin, Seraphine and Danny (the latter are twins) cleaning out their parents home as they have both passed. The mystery begins when Seraphine finds a photo of their mom shortly after giving birth holding only 1 baby. Seraphine begins to ask questions about the photo and other strange happenings from the time she and her twin brother were born. There were twists in this book I did not see coming and it was so refreshing to be surprised. We follow Seraphine as she tracks down every clue and no matter the outcome is fixed on finding the truth about her family. I liked the mysterious and magical aura this book gave me. The story is told in two poi’s: Seraphine’s present day and the missing nanny’s prior to the birth of the twins. The setting, English country estate really brought life to the entire story. This is a book where the setting is also a character in the story, since there was so much that happens on the property. This isn’t a cozy mystery, but I felt very ‘cozy’ and hooked reading this story. I totally recommend this book.

I received an e-arc of this book from the publisher in exchange for my honest review.

About this book: Seraphine Mayes and her twin brother, Danny, were born in the middle of summer at their family’s estate on the Norfolk coast. Within hours of their birth, their mother threw herself from the cliffs, the au pair fled, and the village thrilled with whispers of dark cloaks, changelings, and the aloof couple who drew a young nanny into their inner circle.

Now an adult, Seraphine mourns the recent death of her father. While going through his belongings, she uncovers a family photograph that raises dangerous questions. It was taken on the day the twins were born, and in the photo, their mother, surrounded by her husband and her young son, is smiling serenely and holding just one baby.

Who is the child, and what really happened that day?

Emma grew up in England, Indonesia, Kuwait, Portugal and Fiji, and from a young age she had two ambitions: to write stories, and to look after animals. She studied veterinary medicine and zoology at the University of Cambridge, then worked as a small animal veterinary surgeon for eighteen years before switching to full time writing in 2016. Emma lives in Cambridgeshire, England, with her husband and three sons.

The Au Pair is her first novel. It will be published in ten countries, in nine languages. She is currently writing her second book.